Beanie, a Chihuahua, was rescued from an owner who used to hoard puppies in an overcrowded house and got adopted when she’s only 2.

The first time she was out of the hoarding situation, she was defeated, timid, and anxious.  She obviously wanted to interact with people and be able to feel how it is to be loved and given attention.

Thankfully, her mom was in the right place at the right time.  Beanie’s true personality started to shine the moment she went home with her.

“Beanie was so little and depressed when I got her,” said Amina Akhtar, tiny Beanie’s new mom.  “I just knew I needed to have and bring her into my life the moment I saw her tiny face.” 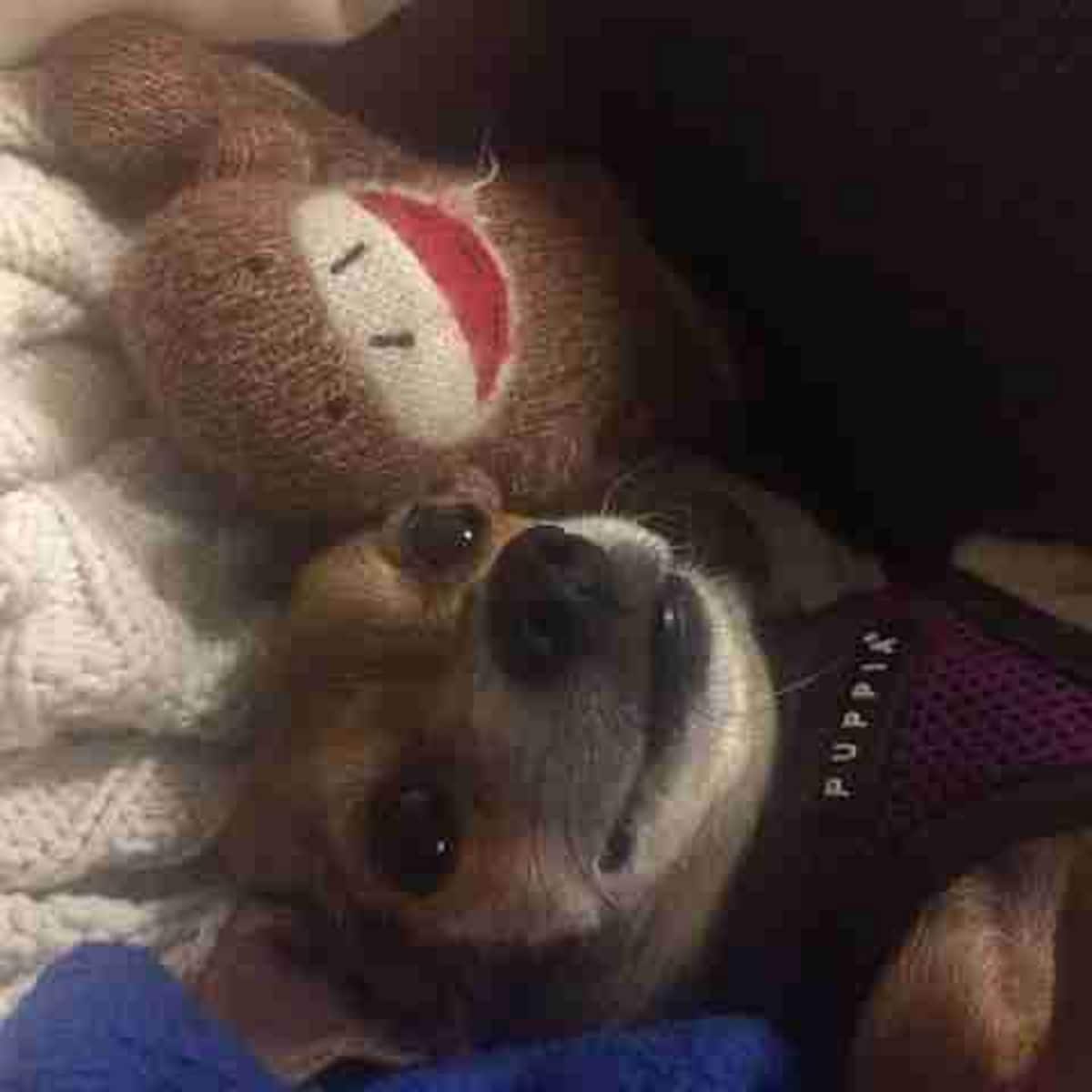 6 years after, Beanie’s unpleasant past is now behind her and at her happiest at the age of 8.  The tiny Chihuahua has such a big personality and there’s no one who had met her that didn’t get entertained with her tricks and witty adorable expressions.

Couple of years back, Akhtar decided to move from New York City to Arizona and the two needed to adjust to the many new things around them – including coyotes.

Akhtar said, “It’s wildlife central.  There are coyotes, bobcats, mountain lions, and javelinas.  I always have to make sure that nothing is outside before we go out, but sometimes, they sneak up on you.”

Beanie is one tiny dog that even if Akhtar watches her all the time, she needed to give her furbaby some extra protection – so she bought her a coyote–proof vest. 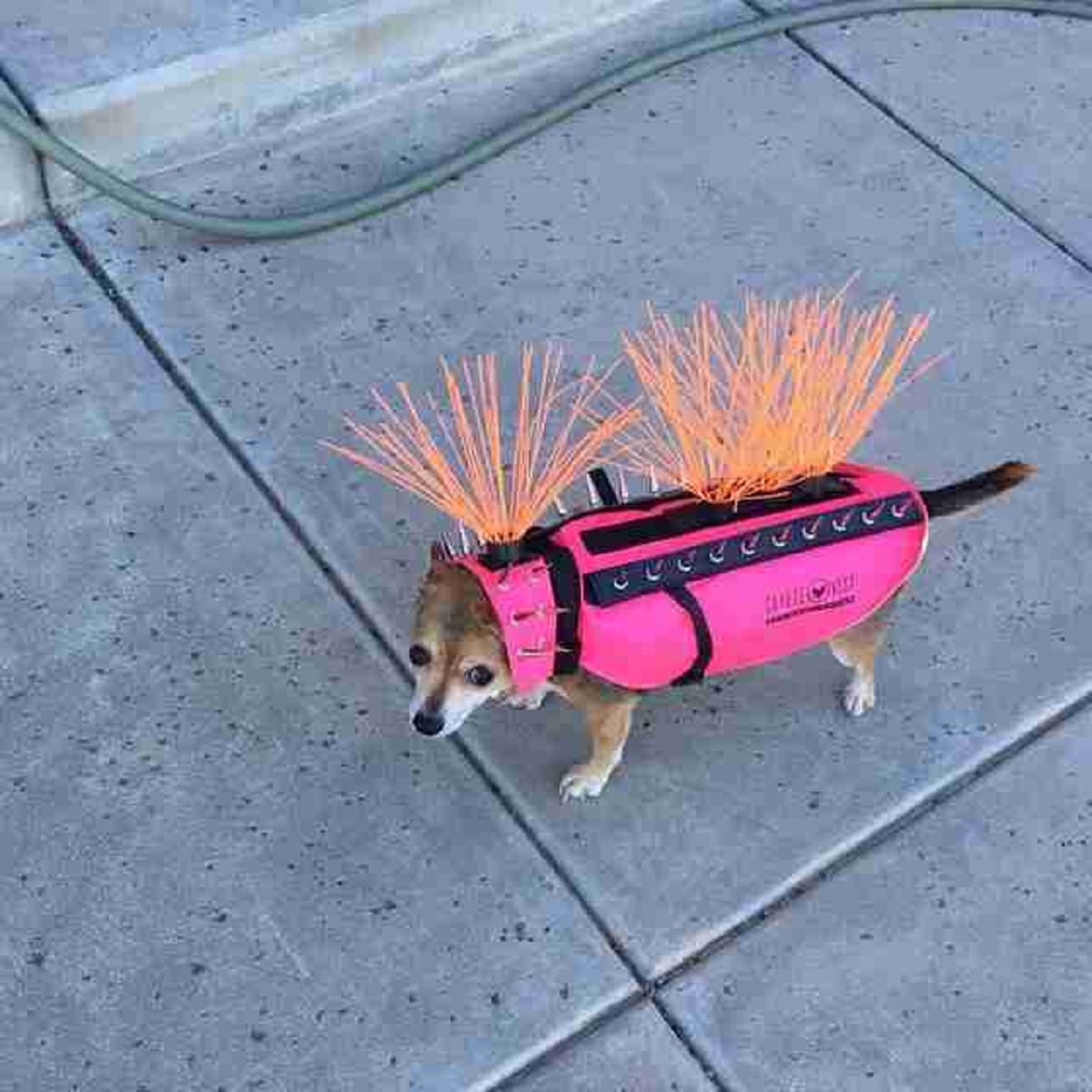 Photo Credits to Amina Akhtar via The Dodo

While the pink and spiky coyote vest looks extremely ridiculous, it’s also the most hilarious getup ever and people love seeing Beanie wear it despite her obvious dislike of the vest.

“I’m happy I made people laugh and they got to fall in love with Beanie,” said Akhtar.

Because Beanie detests her pink spiky vest, she only wears it when absolutely needed – but perhaps, if only Beanie had an idea of how much people admire her outfit, she’d probably be a bit more enthusiastic in putting the vest on.