Sherman, a Pit bull mix, wasn’t having the best life at home.  Although fed, he was with one other dog that bullied him all the time. 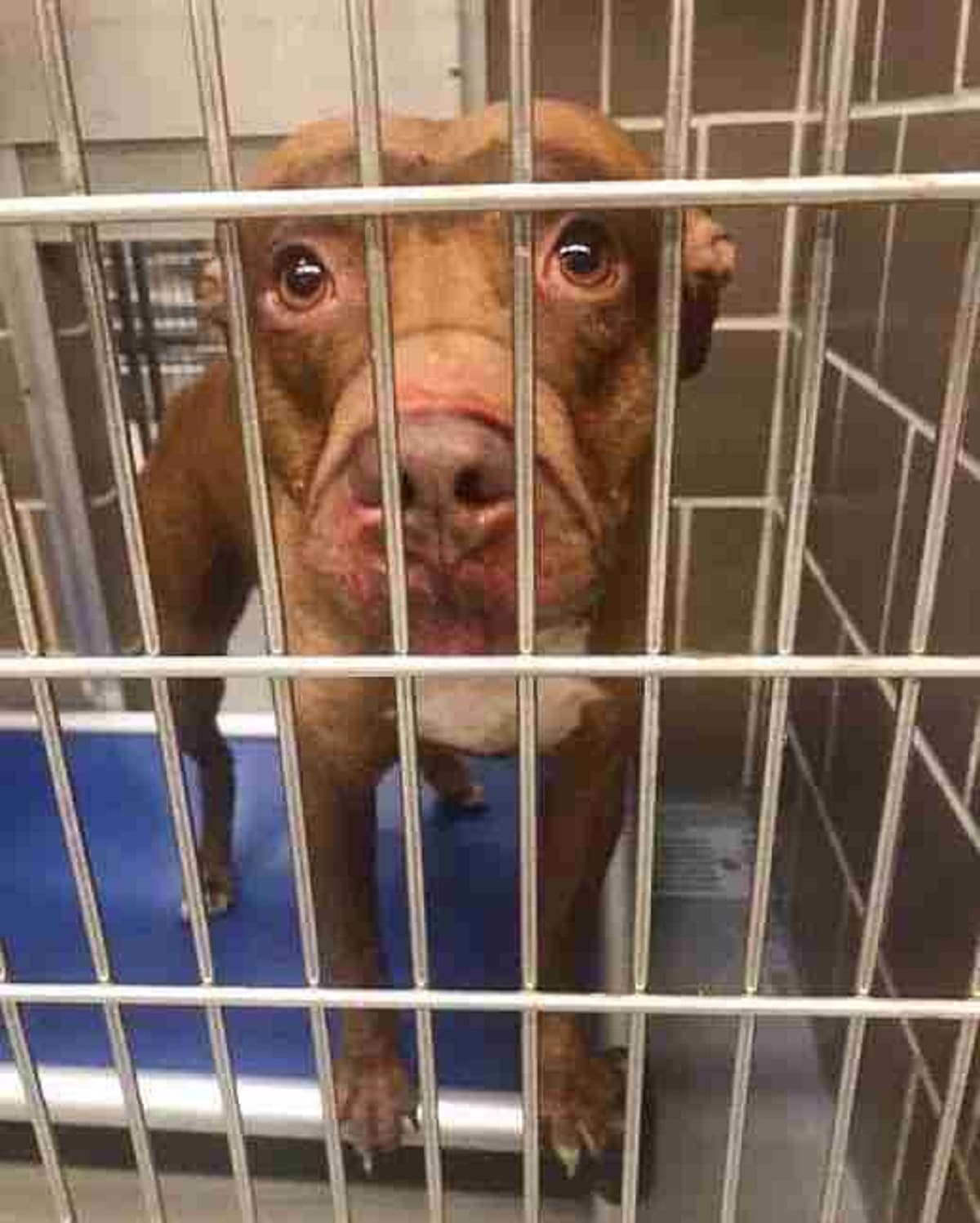 “Both were unneutered males which get them into fights and Sherman was the one who always gets beaten up.  He had wounds and scratches on the face,” said Sarah Lauch, lead volunteer of the Chicagoland Rescue Interventions & Support Program (CRISP).

But instead of getting the males neutered, that would have possibly curbed the bad behavior to make the dogs get along better, the woman decided to surrender Sherman to an overcrowded shelter located in the city of Chicago in Illinois.

And that was not the worst.  The woman also signed some form that authorizes the shelter in euthanizing him within that day.

Lauch, the one duty that day, tried to intervene to save Sherman.

Another CRISP volunteer, Margaret Fraser, burst out crying after learning Sherman’s situation.  She sat down with him and Sherman climbed onto her lap, licking the tears off her face. 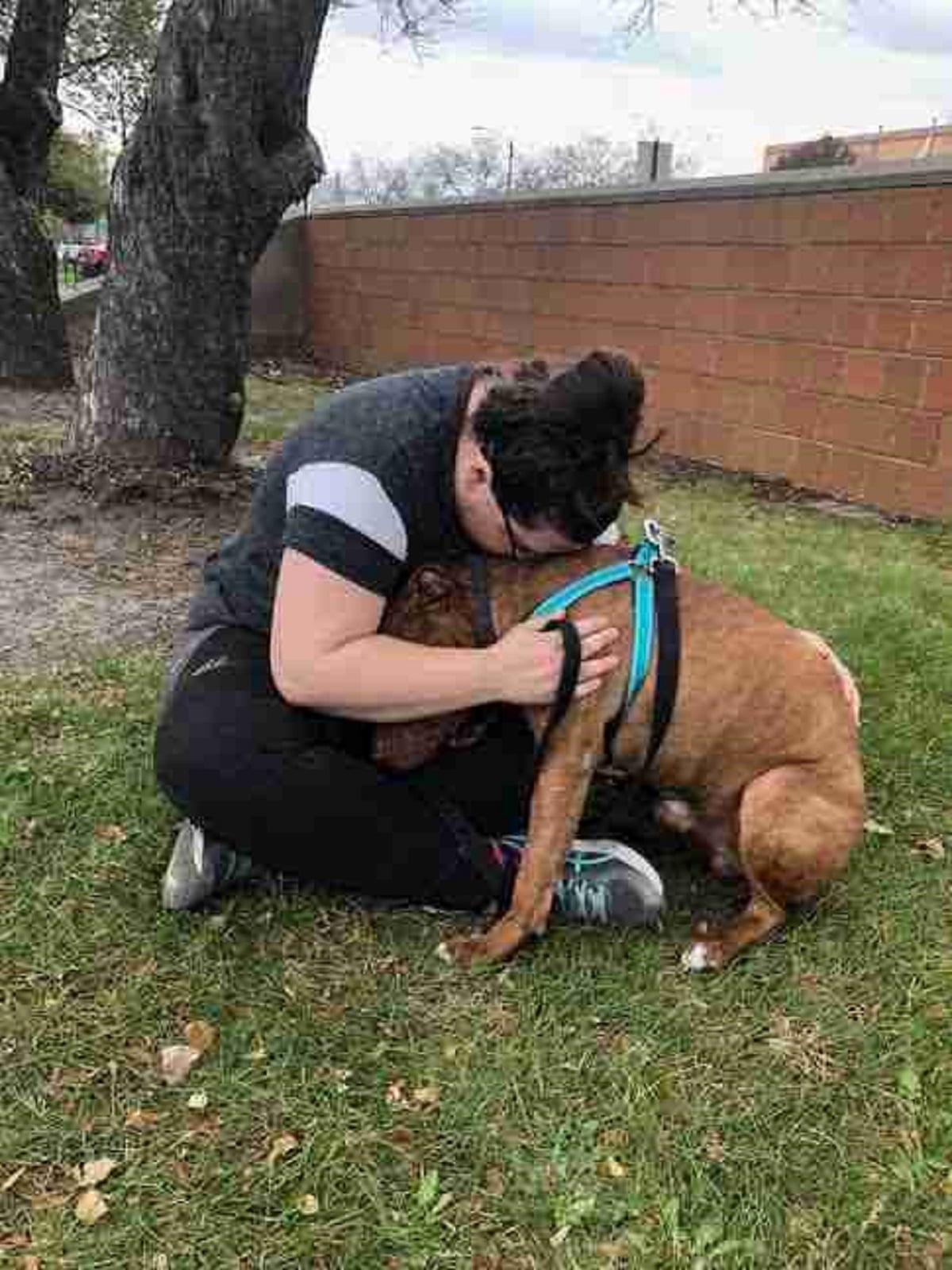 “He was the one comforting me even though he as the one about to get euthanized.  I just could not let this dog go, so I kept fighting,” Fraser said.

Lauch, along with Fraser and some other volunteers at CRISP, finally managed to sway away the shelter’s stand.  Other than keeping Sherman alive, they were also allowed to look for a rescue group that’s willing to take and help him.

However, finding the best fitting rescue group was not an easy task – if they’re not full, they simply don’t take in Pit bulls.

While his saviors continuously search, wasting no time, Sherman quickly declined staying in the shelter.  He got so sick – and when dogs get sick, they’re also in the risk of death row – and so he was put in an “urgent status”.

In the first week of November, their good luck finally prevailed.  Incredi–Bull Rescue arranged to bring Sherman under their care and into a willing foster home.

Even Sherman was overjoyed, wagging his tail so fast and like crazy and showering Fraser with lots of kisses when he was taken out of the kennel.  He just knew that he was finally safe. 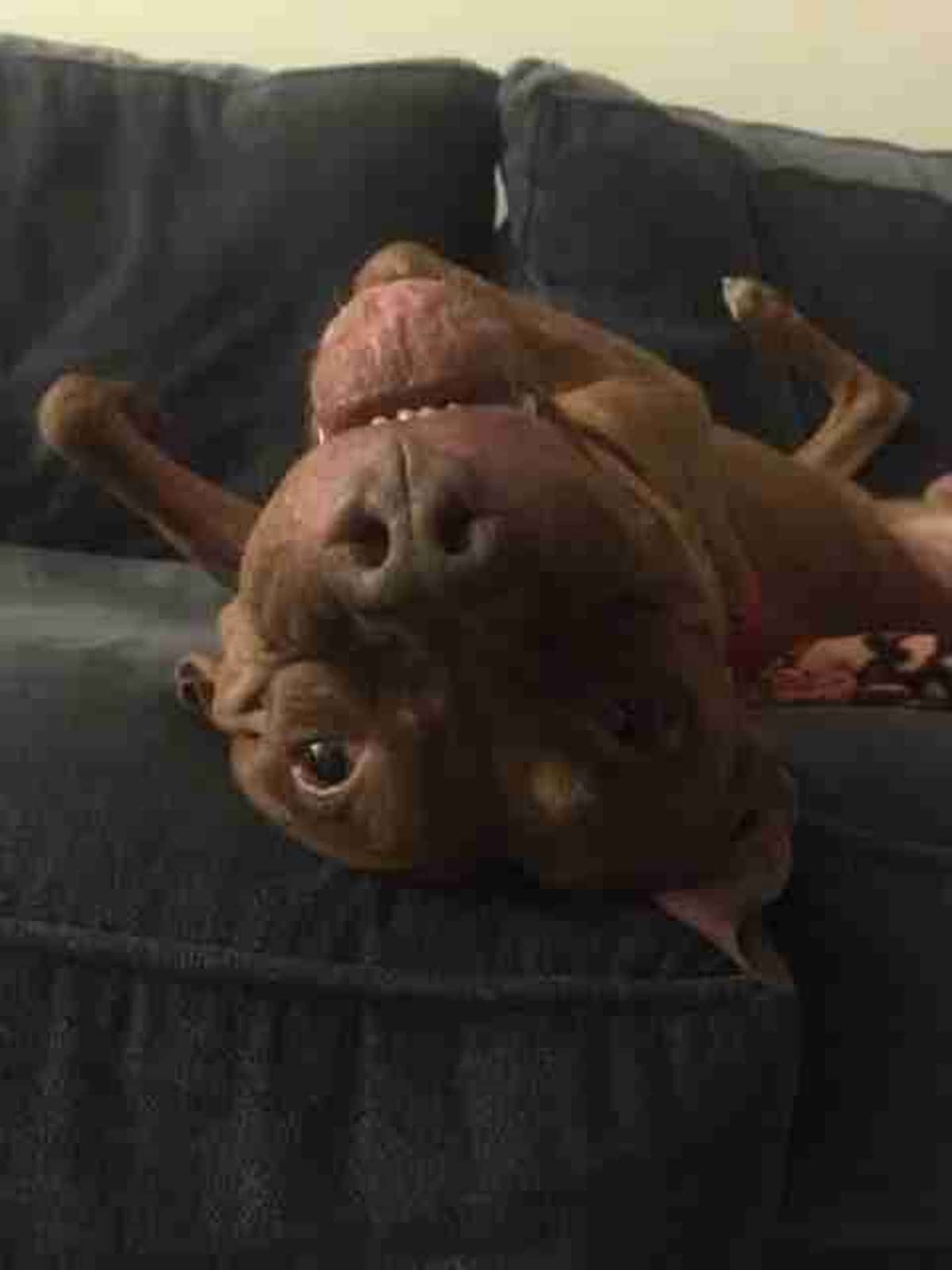 Sherman is now under the care of his foster mom, Emma Lynch, and they are both thrilled on how everything went well. 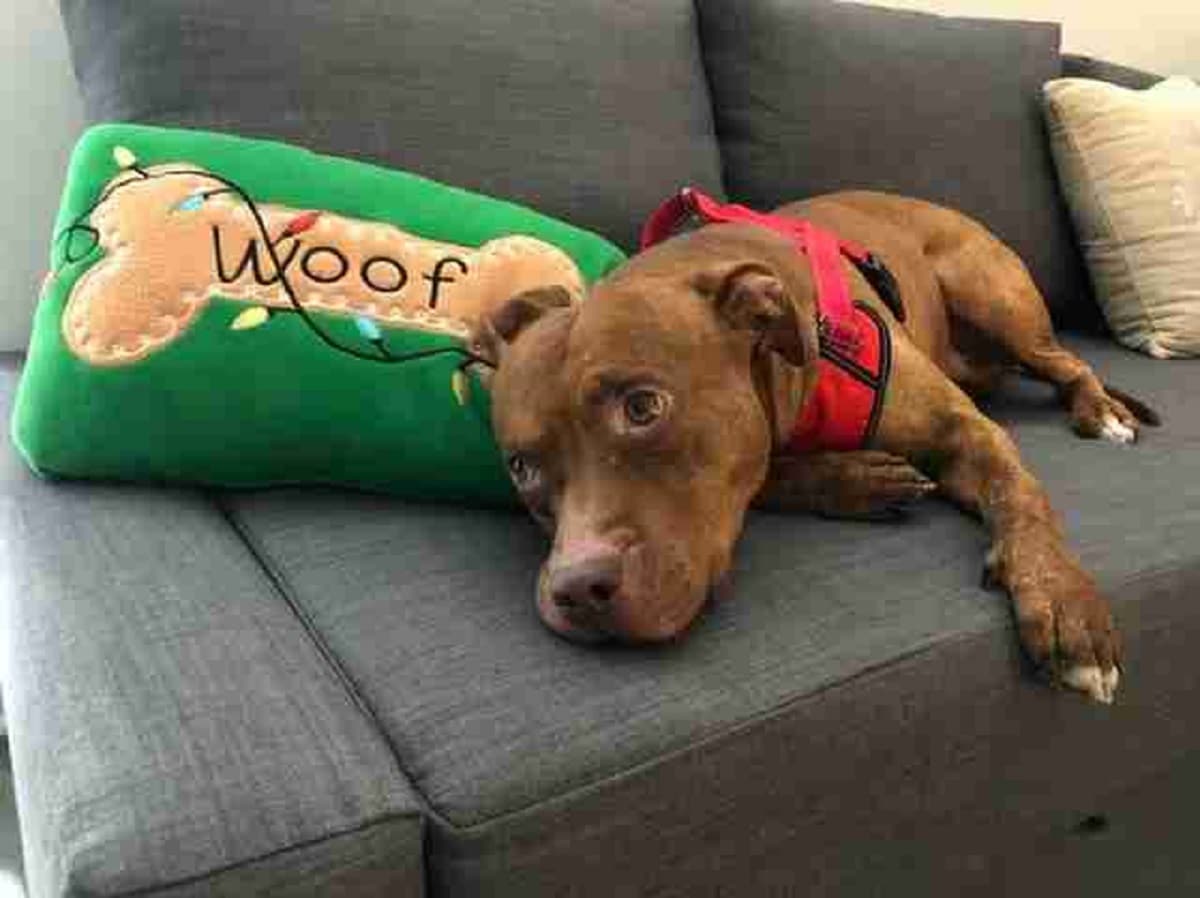 “He loves going on walks but he’s one couch potato”, said Lynch.