Bandit was a stray dog taken to the Gwinett County Animal Shelter in the state of Georgia.  Not long after, Gwinett Jail Dogs Program pulled and took him in.

The vet who gave him a thorough examination found Bandit positive of heartworm and was quickly placed under treatment.  While heartworm treatment is a routine procedure for the majority of rescued dogs, Bandit, unfortunately, experienced some unusual and extreme side effects – he lost use of his hind legs.

Lori Cronin, one of the program volunteers, said, “We assumed that his condition was temporary but we’re wrong.  Not only his condition persisted, it became worse.”

With the lower part of his body completely paralyzed, Bandit needed the help of his handlers for couple of months.  Luckily, Society of Humane Friends of Georgia, the group that helps manage and run the program, was able to raise money and bought Bandit his own wheelchair. 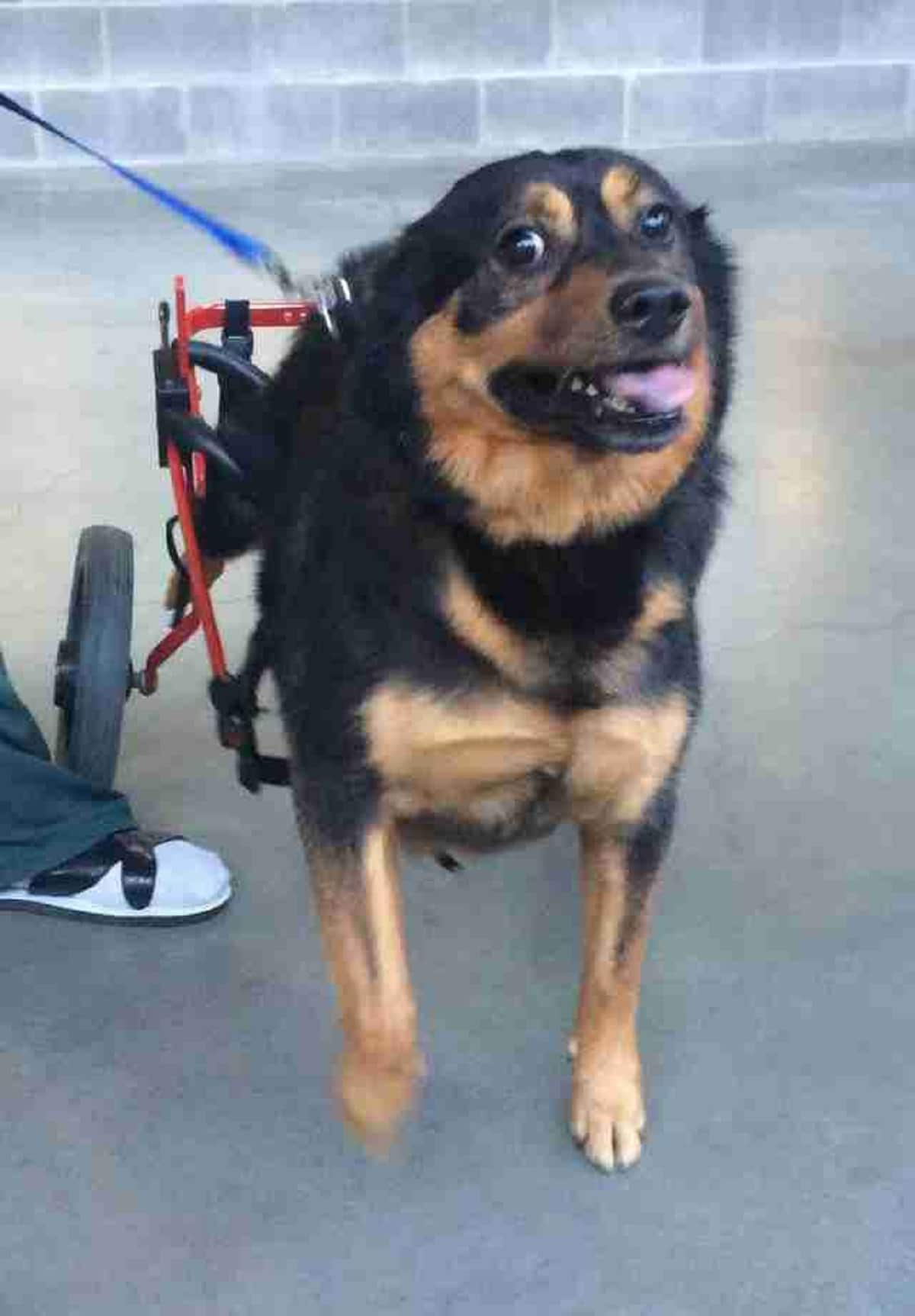 Four years has now passed and Bandit is still with Gwinett Jail Dogs Program, and in that period, he has been adopted and returned four times for the reason that his adopters weren’t fully equipped to handle his unique situation and all else that comes with it.

Despite being paralyzed, Bandit thrived in the program.  And at the age of 8, he is one of the sweetest and happiest dogs anyone could ever meet.  Every participant of the program simply adores the cheerful dog. 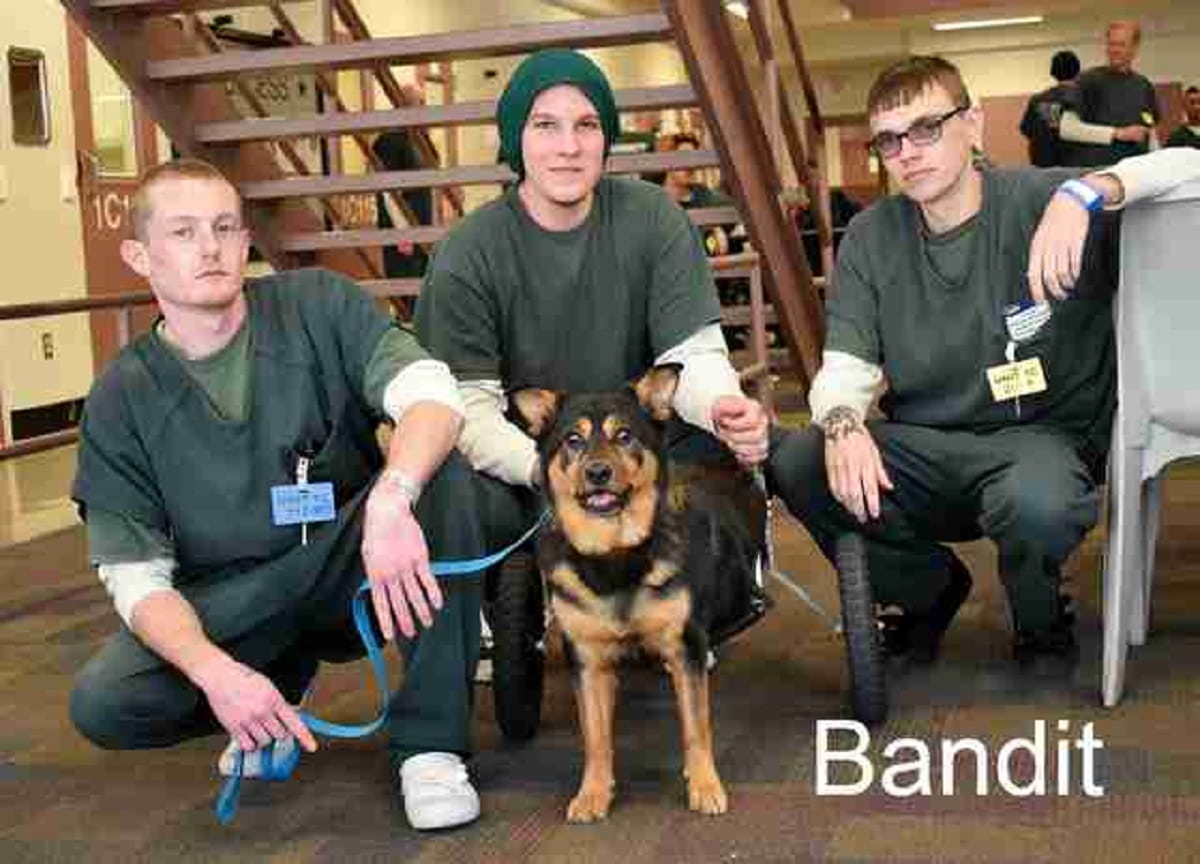 After his everyday trips in the courtyard, Bandit will come running looking for some treats from the deputy’s office.  Every one of his handlers bears witness of how great it is to work with him.

Other than the aide that he needs for his bathroom routine, Bandit goes around in the wheelchair just fine and acts and lives as a normal dog.

However, a bathroom routine with a half paralyzed dog could be a daunting and cumbersome task that not everyone can handle – most likely the primary reason why Bandit already  had four failed adoptions.

“Keeping him on a schedule is what works for him,” said Cronin.

Despite all the challenges, Bandit remained the sweet, loving, and cheerful dog he is.  Having to have waited four lengthy years already, everyone hopes that soon enough, the perfect family comes along and realizes just how exceptional and great Bandit is.